A life-sized Iron Man MARK-VII armor for 39,800YEN / approx.US$390? Produced by Bandai, this looks amazing as a display at home or shop, methinks! The only “catch”? It’s a single vacuum-formed sheet! Check out the video below, and head-on to p-bandai.jp to score yourselves one! … And yes, a “Han-Solo in Carbonite” would be swell too :p

Reblogged 5 years ago from feedproxy.google.com

Tony Stark has introduced a large number of armor suits in Marvel Studios’ Iron Man 3, and they stored in the underground wine cellar of Tony Stark’s Malibu mansion until the “House Party Protocol” is initiated. To let fans display their own armor hall, Hot Toys is delighted to present the new 1/6th scale Hall of Armor (House Party Protocol Version) Collectible.

The movie-accurate collectible is highly detailed and specially crafted, featuring LED light up functions on back wall and ceiling as well as a LED light up figure stand. The collectible can be assembled side-by-side and on top of each other and suitable for displaying Hot Toys 1/6th scale Iron Man Collectible Figure series!

Needless to say, “All FORTY-TWO (42) Iron Man figures / armor suits are NOT included!” 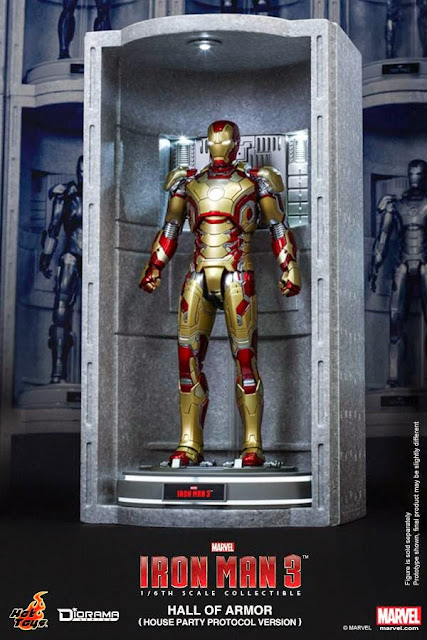 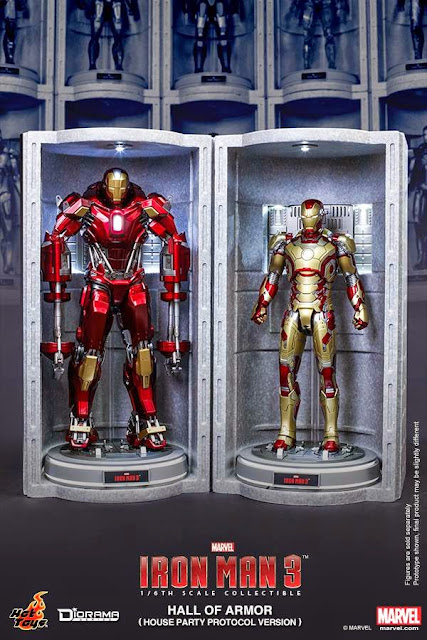 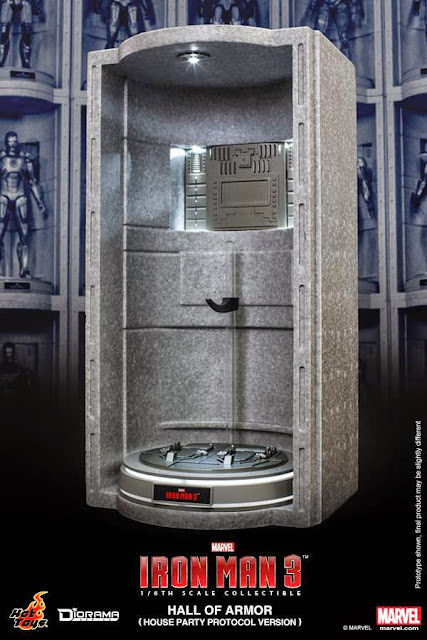 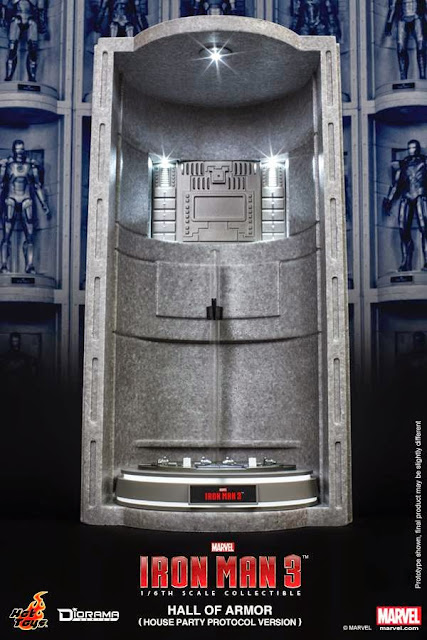 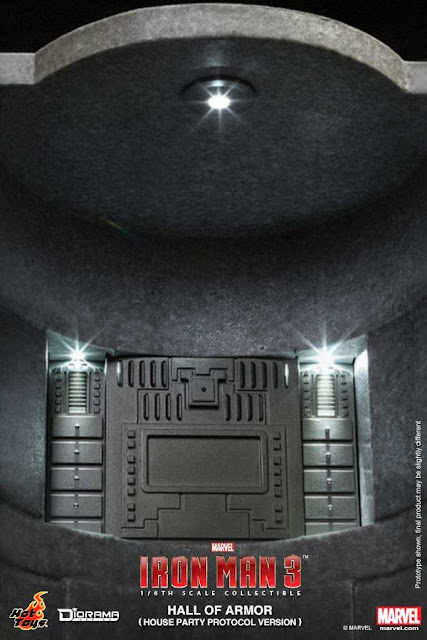 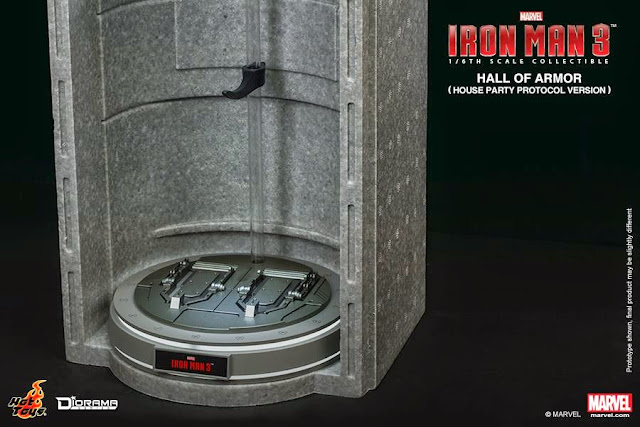 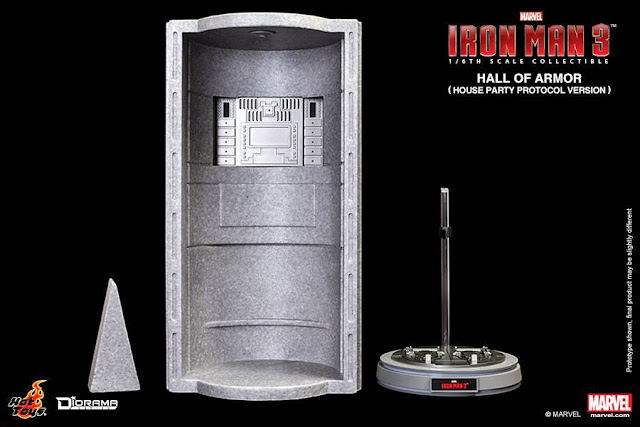 **Prototype shown, final product may be slightly different **Product details could be subjected to change without further notice **Figures are not included and are sold separately **Battery is not included for Hall of Armor (House Party Protocol Version), 3A batteries (3 pieces) are required for each set of one ** AC/ DC adaptor is not included. 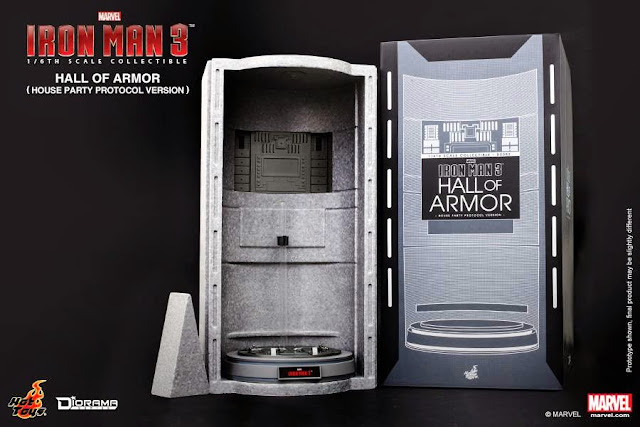 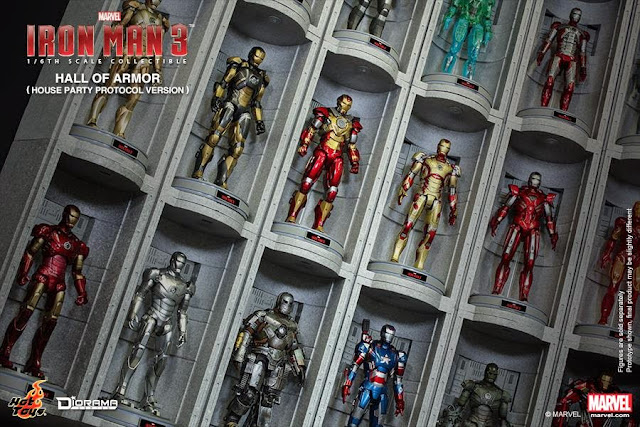 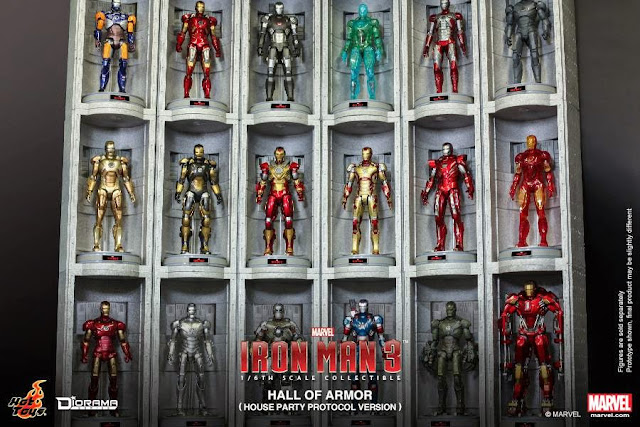 Once again, I have to say that I’m glad I’m not a hard core Iron Man fan. Otherwise… OMG!!! When will it end? I’ll probably have to rob a whole country to pay for all of Hot Toys Iron Man figures and related merchandise.

It is very easy to make Iron Man toys. Given all of the armor possibilities, it’s a goldmine for companies to drill through. Good Smile Company already found a lot of success with their first Nendoroid of Tony Stark’s armors, the Iron Man Mk VII from The Avengers. After a quick sell-through, it’s time to hit the mine again, this time delving into Iron Man 3‘s premier armor, the Mark 42.

Let’s find out if you’ll actually want to add this to your Hall of Armor in today’s review!

Tony Stark has a whole arsenal of armor to choose from when he’s out to save the day! This Hall of Armor Collection includes a Tony Stark figure and 5 different Iron Man figures. Start the explosive action with the Iron Man Mark I figure, then send the Mark II or Mark III figures into battle as the enemies get more dangerous! Will any villain stand against the advanced technology of the Mark VI figure or the Mark 42 figure? Send them all into battle at once with your Tony Stark figure showing the way! Armor up for all the Iron Man action you can handle with the Hall of Armor Collection! Marvel products are produced by Hasbro under license from Marvel Characters B.V.