From a long time ago, in a galaxy far away. . . The Millennium Falcon with Han Solo as a Pop! Deluxe from Funko! This Pop! Deluxe captures all the amazing little details of the iconic spaceship and is among the largest figures Funko has ever produced! Don’t miss out on your chance to own the ship that made the Kessel Run in under 12 parsecs as only Funko can deliver! The figure measures 5. 5″ tall, is 10. 5″ wide and 13. 25″ long and come in a window box display. This item will surely become the center piece of your Funko Pop! Star Wars collection!

From Solo, Chewbacca, as a stylized POP vinyl from Funko! Figure stands 3 3/4 inches and comes in a window display box. Check out the other Solo figures from Funko! Collect them all!

From The Last Jedi, Porg – Collectible Figure (styles may vary), as a stylized POP vinyl from Funko! Figure stands 3 3/4 inches and comes in a window display box. Check out the other The Last Jedi figures from Funko! Collect them all! 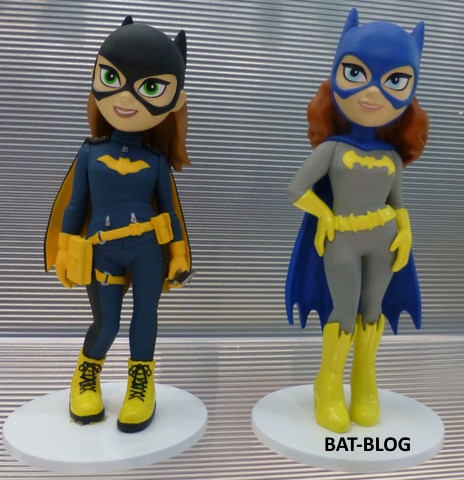 Everybody’s favorite toy company, Funko, has plans later in the year to release a brand-new toy line called “Rock Candy”. These will be highly stylized versions of the “girl” superhero characters from the world of DC Comics. These figures are about 5″ tall.


In the first wave it looks like they’re gonna make two versions of Batgirl (I love the “Silver Age” one on the right), one Harley Quinn, one Supergirl, and two versions of Wonder Woman (Yes, the one on the left is the “Batman V Superman” movie version).


Knowing Funko, I’m sure they’re gonna go totally crazy with this and there will be MANY more characters. Stay tuned to the BAT-BLOG for more information once Funko releases it. 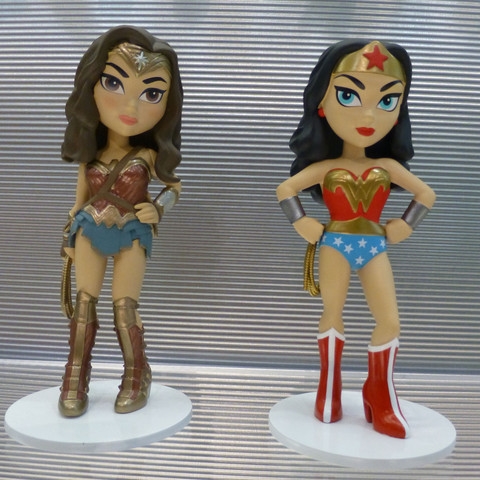 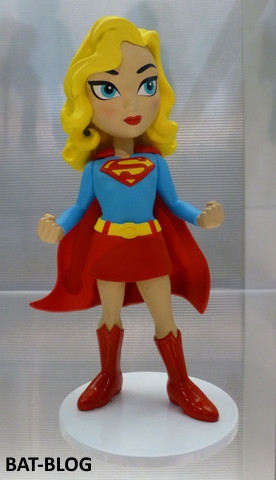 From Star Wars, Jabba the Hutt and Salacious B. Crumb 2 Pack, Galactic Convention Exclusive, as a stylized Plushies from Funko! Plush stands 8 inches. Check out the other Plushies figures from Funko! Collect them all!.

Legacy: Skyrim- Daedric Warrior (Blisterpack) from Funko! A must-have for all fans of the popular video game series. Check out the other Legacy figures from Funko. Collect them all!.

A photo posted by TOYSREVIL (@toysrevil) on Nov 5, 2015 at 10:46pm PST
Coinciding with the release of the offcial trailer for Quentin Tarantino’s 8th feature film; “THE HATEFUL EIGHT”, comes the announcement of the Pop! Vinyl figures from Funko! And while the movie premieres in select theaters in the USA on Christmas Day (& everywhere on January 8th, 2016), the toys themselves will only be

Hank is one of the invaluable Support Hunters, with the ability to turn all nearby allies invisible in 2K Games’ multiplayer game, Evolve. The Evolve Hank Legacy Collection Action Figure stands approximately 6-inches tall and features over 20 points of articulation! Hunt or be hunted! 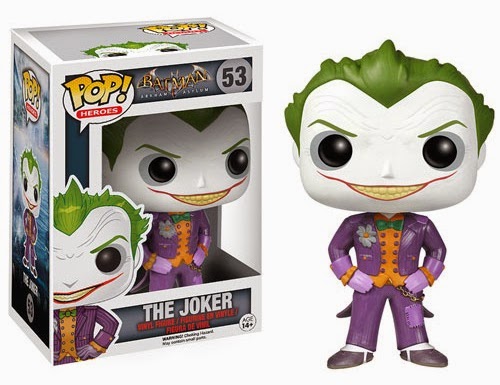 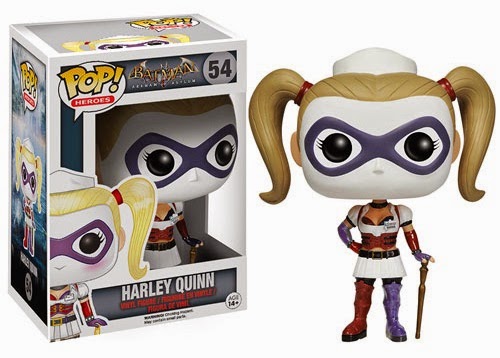 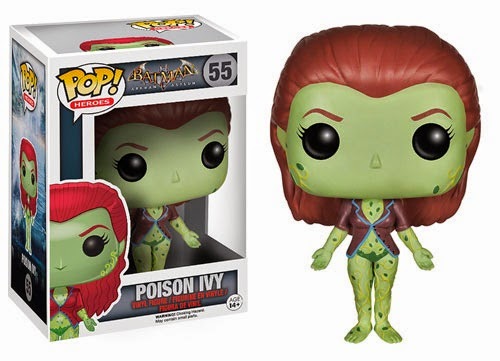 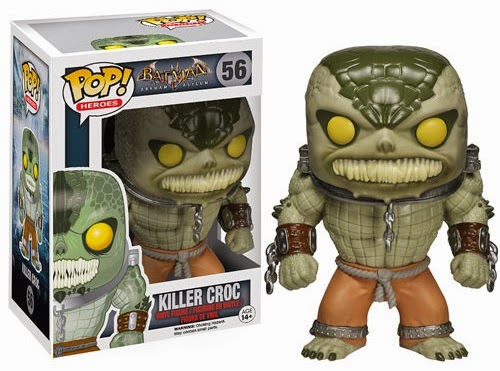 
The 1st Wave consists of Batman, the Joker, Harley Quinn, Poison Ivy, and Killer Croc.  Each figure stands about 3 3/4 inches tall and are scheduled to be in stores very very soon, if not right now.


So keep an eye out. 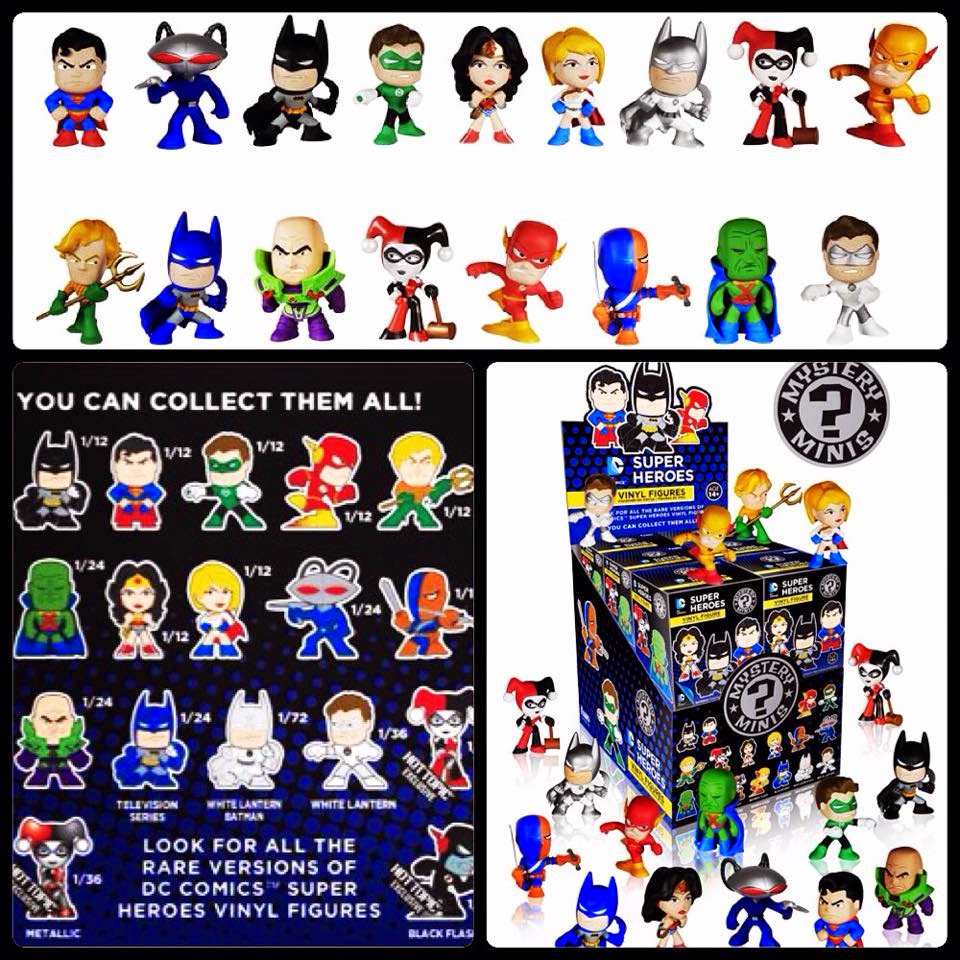 There are some things in our childhoods that we love to remember… and also things we’re still trying to forget. Funko has tapped into that latter category with upcoming collectibles to celebrate the 30th anniversary of the Garbage Pail Kids (albeit “celebrate” is a strong word, usually we “commemorate” disasters).

For the younger crowd who probably missed this fad at its peak, the Garbage Pail Kids were intended as a disgusting parody of the Cabbage Patch Kids (which, I should explain, were a popular line of children’s toys that launched some years earlier. The fact that the parody might be more famous than the thing it parodies in no way diminishes its irrelevance). It was awful and completely gross, but in a humorous way that related to young children (unlike the film, which mostly creeped kids out).

Apparently Topps has realized that Garbage Pail Kids has been rotting, absolutely festering, oozing, bubbling, and generally decomposing for thirty years. Funko, perhaps a little woozy from the stench, has opted to commemorate this little bit of nastalgia (pun, not typo) with “a line of GPK toys, figures and vinyl collectibles.” My first thought was “Mystery Minis” (a blind-boxed series works well with something that started off as trading cards) although I imagine the selection will also include Pop!s and Wacky Wobblers.

These collectibles are due out in 2015 so you have all of Christmas to start shopping for barf bags.