OK, Now how cool is this?! Airing on television, right now, in the beautiful country of Brazil is this brand-new BATMAN 1966 TV Series-Inspired Commercial Ad for the Bradesco Seguros Insurance Company.


The production value here is extremely well done and it seems like the Actors all really got into doing their characters. I totally love it!

You might remember we posted one of these with the JOKER awhile back. If you missed it, here’s a LINK.

Oh yeah, we wanna thank our good friend, Fabio, for sharing this awesome video with us!

Here’s an extremely cool BATMAN-Themed TV Commercial that aired in Brazil and the fun thing is that it’s all in Portuguese and the costumes are really great! It features highly-stylized versions of Batman and the Joker as they were in the Classic 1966 BATMAN TV Show.

I’d also like to mention that we would have never found this thing if it wasn’t for the kindness of our friend, Fabio. He explained, “It’s an insurance company advertisement. The girl’s car is dead and she calls Batman to help her. Batman obviously can’t help her in that moment… But Bradesco Insurance can!”


Here are 2 fun pics from some wonderful friends who live overseas. The first one is a BATMAN: THE BRAVE AND THE BOLD Vending Machine Ride that was spotted in the Abu Dhabi Shopping Mall that is located in Dubai.


Then, our good friend Marcio came across this huge Promotional Display for THE LEGO MOVIE and it was found in Brazil. You can see him peeking through a hole they made so you can take your picture as if YOU are a Lego Toy. He’s in the top-center one, ha ha! Thanks Guys!!! 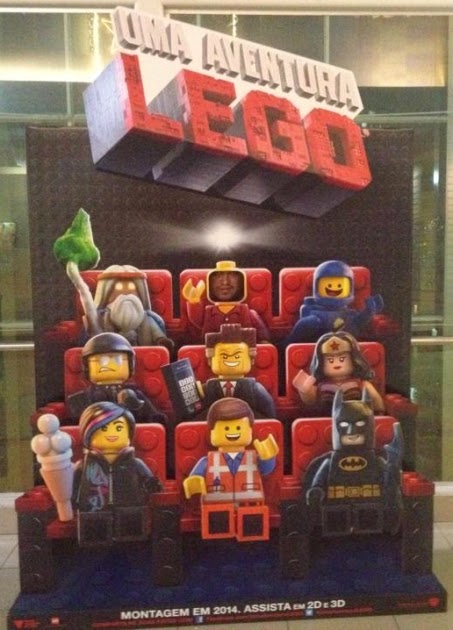 Batman Fans living in Brazil are gonna be in for a big treat when they see the new issue of WORLD OF SUPER-HEROES Magazine #56, in stores now. According to the cover story it was made to commemorate 75 years of the BAT-MAN! This issue covers the entire history of the characters of Gotham City and there’s even a special centerfold poster that gives a detailed timeline with key facts of Batman’s career. On the reverse side of the poster, there is an illustration created by Absynthes Klebs Jr. and Márcio Menyz.


Other articles in this issue include an interview with Joe Bennett which covers three decades of his career, the Brazilian speaks of his start in the comics, his work and how he got to be featured at Marvel and DC.


Other important mentions will be a story about Flash Gordon, the space adventurer created by Alex Raymond, who turns 80 years old in 2014.


There are also some comments on the life of Curt Swan, the main designer of Superman for many decades.


Hawkeye Fans will enjoy a timeline that explains the great moments of Clint Barton, who debuted as a villain but became an important member of the Avengers. There is also a list of Action Figures of the Avengers, plus another list which covers the statues and busts from Bowen Designs.


You can find this magazine now in  São Paulo and Rio de Janeiro. In the rest of the country, the magazine will be released in the next few days.


For more details be sure to visit www.europanet.com.br/superheroi


DIGITAL VERSION of the entire contents of the World of Super Heroes is for sale on the website www.europadigital.com.br.


Digital editions are also available on the App Store and on the website www.iba.com.br.

Next month is Easter and to help celebrate Kinder Eggs will have a special prize, a Batman: The Brave and Bold Batmobile Toy! These pics were sent to us by our good friend George who lives in Brazil. 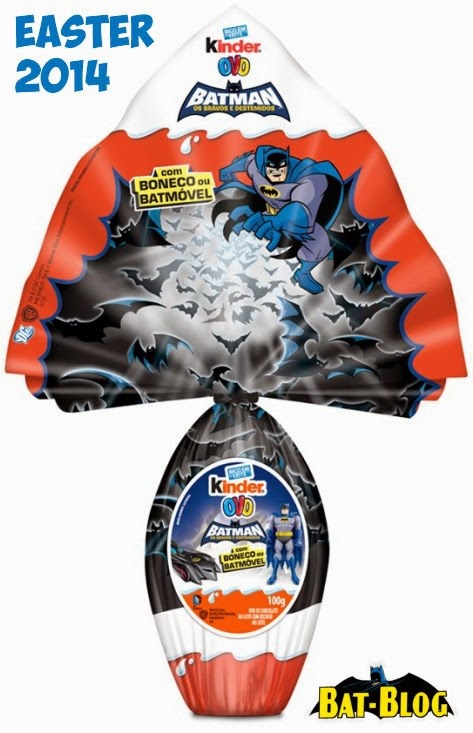 Kinder Eggs are hollow-chocolate eggs that have toy prizes inside and are only available in foreign countries. Why? Because US food regulations prohibit food with toys hidden inside because they could be a choking hazard. Yes, American children are too stupid and might choke on something like that… and then have to sue (so sad!).

Anyways, I totally love these Kinder Egg Toys and I also wanna thank our friend for sharing this awesome information… Thank you George! 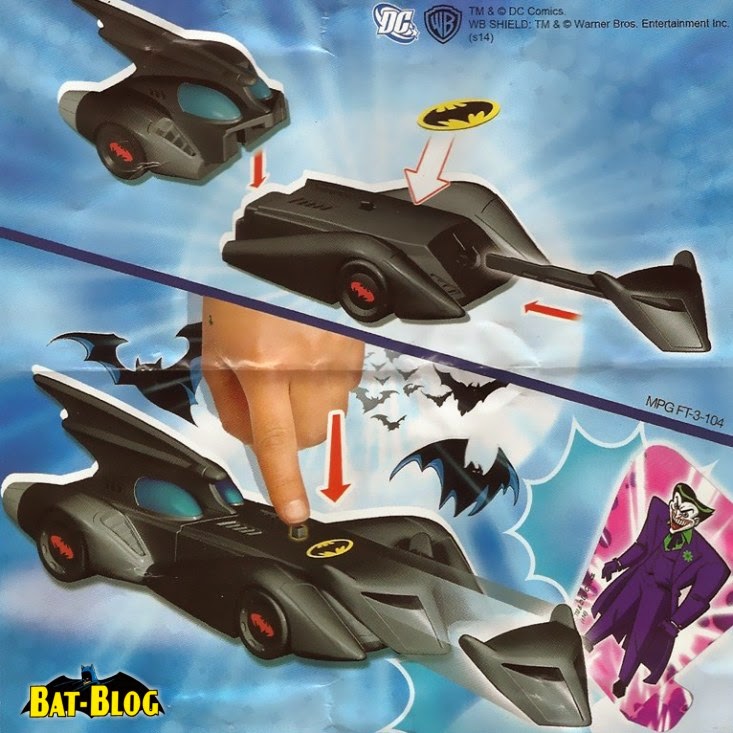