Here we are, the final garage kit gallery which, as tradition dictates, is the final miscellaneous gallery.

Well, I don’t think anyone expected a figure of the girl with the pearl earring! Still, it’s a mighty impressive figure. The Mecha musume kit is also insanely detailed and worth a loot (or several) as is the Godzilla bust.

Otherwise, that’s about it for this Wonder Festival. I hope you all enjoyed the galleries of the various garage kits which were on display at the event. Hopefully, the summer event will impress us with even more works!

Are you looking for a toy that encourages your baby to engage in a play and helps in the overall development of the baby instead of just being an entertainment piece?

Would you not love a toy that kept your baby entertained & engaged for hours while also piquing his curiosity about shapes, forms, colors, and at the same time stimulating his/her creativity?

Well, we have an incredible solution to all your problems and you will love it for its many amazing features and benefits:

– A set of 66 piece magnetic tiles that encourages children to put together different geometrical forms, shapes & structures – both 2D and 3D
– Smart toy – keeps the baby entertained while ensuring development of his/her cognitive skills, fine motoring skills, hand-eye coordination, social skills when he/she plays along with a sibling or with you
– For slightly bigger babies, the magnetic tiles game can help understand stability of geometrical forms and how they interact with each other
– Colorful tiles are appealing and invite baby for a creative play
– All tiles are magnetic and made up of superior quality BPA-FREE Food-grade plastic that’s entirely safe for children
– Smooth & round corners eliminate any risk of hurting baby and you can confidently finish your work without worrying about baby
– Easy to disassemble all the tiles and stack together for easy storage
– All tiles come in a good quality plastic box that’s ideal for gifting
– You also get a free booklet that helps you use the magnetic tiles more effectively

So, why think twice?

If any questions, please do not hesitate to contact us and we will try our best to help you !

Challenge the boundaries of your imagination and have fun discovering the world of real engineering with the Meccano Excavator 2-in-1 Model set! Your first mission is to construct a model Excavator. With its custom treads, working boom with bucket and cab that rotates 360°, this Excavator is equipped to handle the most challenging construction sites! Once you’re done, you can play with your finished Excavator, or take it apart and rebuild as a Bulldozer with custom treads and real working front scoop! This 2-in-1 working Excavator set includes step-by-step instructions, 254 parts, plus a real wrench and hex tool set. The pieces are made of durable metal and plastic so you can rebuild again and again. Your imagination just got real with Meccano!

The Batmobile is a state of the art all-terrain, self-powered, armored fighting motor vehicle used for vehicular hot pursuit, prisoner transportation, anti-tank warfare, riot control, and as a mobile crime lab. Kept in the Batcave, which it accesses through a hidden entrance, the heavily armoured, gadget-laden vehicle is used by Batman in his crime-fighting activities.

The Batmobile made its first appearance in Detective Comics #27 (May, 1939). Then a red sedan, it was simply referred to as “his car”. Soon it began featuring an increasingly prominent bat motif, typically including distinctive wing-shaped tailfins. Armored in the early stages of Batman’s career, it has been customized over time into a sleek armoured / supercar-hybrid, and is the most technologically advanced crime-fighting asset within Batman’s arsenal. Depictions of the vehicle has evolved along with the character, with each incarnation reflecting evolving car technologies. It has appeared in every Batman iteration—from comic books and television to films and video games—and has since gone on to be a part of pop culture.

The Batman v Superman: Dawn of Justice Batmobile is said to be a combined inspiration from both the sleek, streamlined design of classic Batmobiles and the high-suspension, military build from the more recent Tumbler from The Dark Knight Trilogy. Designed by production designer Patrick Tatopoulos and Dennis McCarthy, the Batmobile is about 20 feet long and 12 feet wide. Unlike previous Batmobiles, it has a gatling gun sitting on the front and the back tires are shaved down tractor tires. The Batmobile elevates itself for scenes depicting it going into battle or when performing jumps, and lowers to the ground when cruising through the streets. 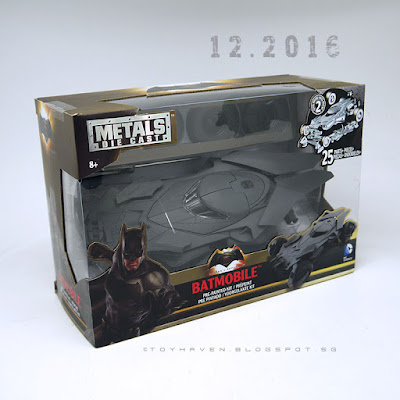 Jada Toys released this 1:24 die-cast model kit of the Batmobile from the 2016 movie Batman v Superman: Dawn of Justice. Assembly was pretty straight-forward and hassle-free. It isn’t anything like the type of model kits released by Bandai where one really has to put every bit and piece together. Check out my recent toy blog post / review of the Bandai 1/6th scale Star Wars Stormtrooper Model Kit HERE. Now that’s a model kit. 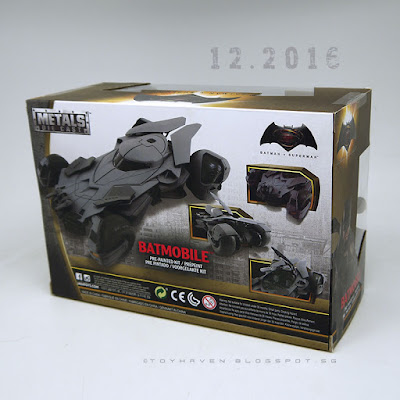 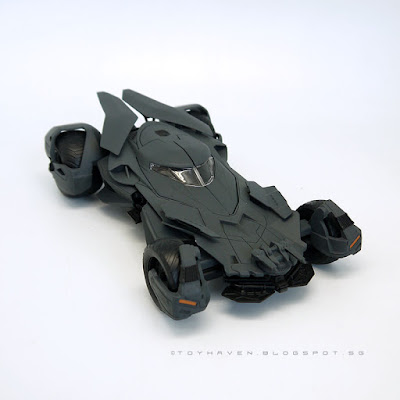 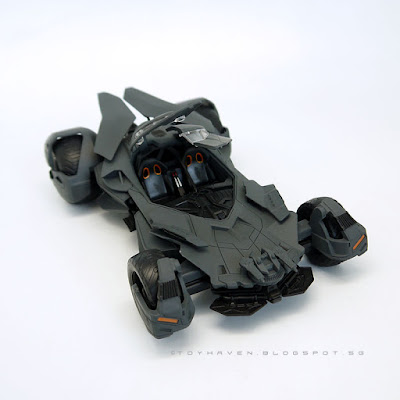 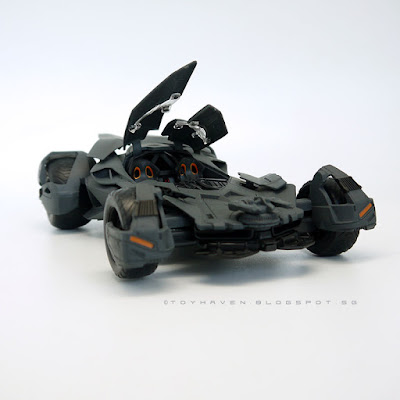 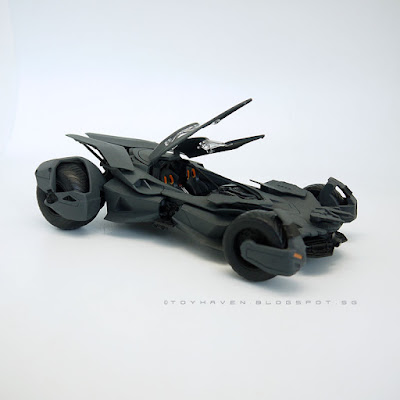 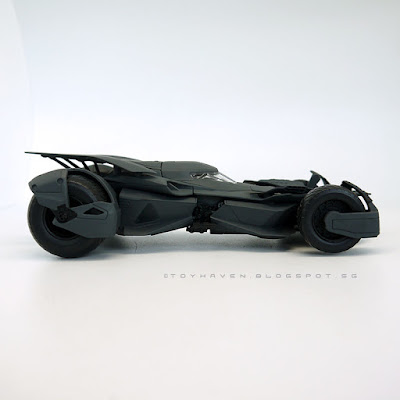 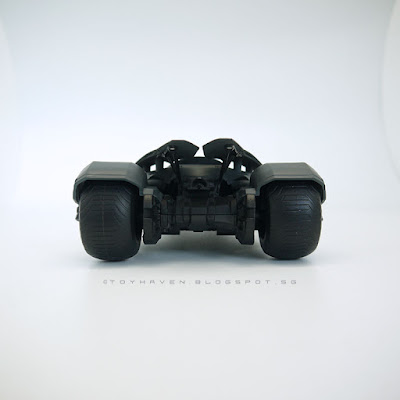 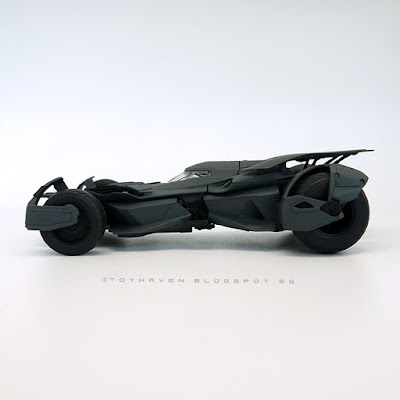 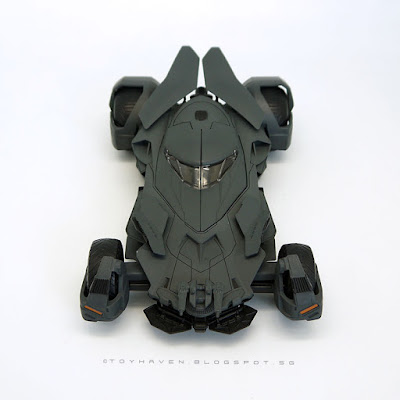 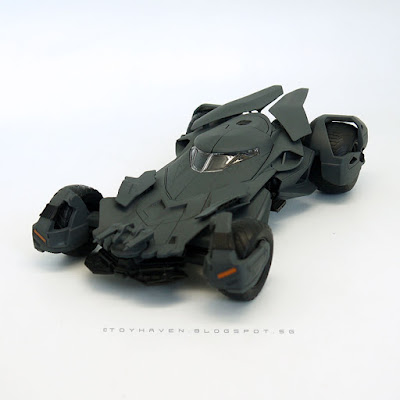 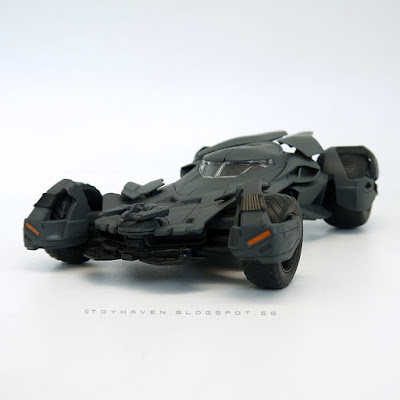 In the upcoming film Justice League, Batman will have a new Batmobile called the Nightcrawler, which was designed by his father.

Woot Bear’s next show, ‘Feminamorphe II’, boasts an all-girl roster curated by Candie Bolton and Tasha Zimich – where over 30 of the most talented ladies have assembled to present works inspired by “girl power” and “nature”.

Batman Toy Collectors should be having a lot of fun right now because McDonald’s has just introduced a new set of Happy Meal Toys which feature a few characters from that world. The toys in question are a set of 8 Diecast Hot Wheels Cars which all have a DC Comics Superheroes theme. They include:


Yes, three of them are “Batman-related” and I agree, the “Joker” is NOT a hero but he’s featured here anyway, ha ha! One last thing, check out this great “Toy Review” Video I came across: